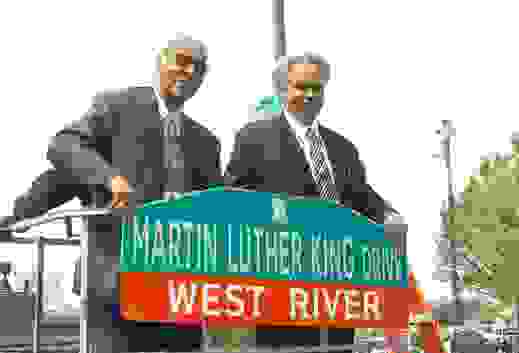 SCOOP U.S.A.  was first published in 1960 as a weekly entertainment tabloid for Black consumers in the cities of Philadelphia and Chester, Pennsylvania and Camden, New Jersey. It was during this period that Philadelphia became one of the East Coast’s most popular entertainment cities with nite clubs featuring top name stars.  Spearheaded by our Founding Publisher, Ricard "Sonny" Driver, Scoop was established to provide a communication mechanism that would ensure equality in representation, publicity and payment for the entertainers who came to Philly.

Community oriented with a citywide circulation, SCOOP U.S.A. is the essential source of weekly entertainment and community news in Philadelphia. February 2020 marked the 60th anniversary of SCOOP U.S.A., Philadelphia’s second oldest,  African-American weekly newspaper. Sixty (1960-2020)  years of dedicated community service, focusing on positive news and information for the people and businesses in the Delaware Valley’s communities.

SCOOP U.S.A. has a diverse distribution that extends beyond the City of Philadelphia to the surrounding counties of Chester, Camden, New Jersey and Wilmington, DE.  Scoop reaches more than  25,000 readers weekly.  Our distribution teamed with our readership, distinguishes Scoop from any other minority newspaper in Philadelphia, Chester, Pennsylvania, Camden, New Jersey and Wilmington, Delaware.

SCOOP  U.S.A. has a diverse audience that includes readers of all ages and races, from all walks of life. The diverse distribution and mix of inner city and suburban counties introduces the paper to  a unique mix of readers that ranges from retirees and senior citizens, to individuals in the workforce and youth who are of high school and middle school aged.

GET YOUR SCOOP SUBSCRIPTION

If you do not receive a response in 24-hours... please call

We love our customers, so feel free to visit during normal business hours.

Also, if you would like to purchase your Print Subscription online... You Can!  Pay using PayPal on this page.